Long hairs have been in trend among men too. Many celebrities and male models have kept their hair exceptionally long with a different type of hairstyles either curly, straight or shaggy. But if you are planning to have long hairs you will have to be best friends with shampoo, conditioners and best hair care products. But before that, you will have to find your inspiration for a long hair decision. However, you also need to own other grooming products like a good electric shaver, trimmer and body groomer etc. so that you could further fine tune your personality.

Fashionterest has come up with ten long hair male models to provide you with inspiration for having long hairs. With the height of 6’2.5” and heavenly face features Justin Gossman is someone who steals the heart of people just in a look and in addition to his beauty, his long brown hairs till his chin with the bangs that highlights his perfect jawline. One more thing that will make you fall for him even more and that is his deep blue eyes. Coming to the profession, he is a musician, model, singer, actor, and surfer. Johnny Harrington is a male model with stunningly charming looks. His face features include blue eyes, a bushy beard, and long red messy hair. He has set a new demand for a bearded male model in the fashion industry and in addition to that now he is the idol of men who have a beard or want to have a beard like him. The way he styles his hair in a perfect low bun is a look that every man wants to have. 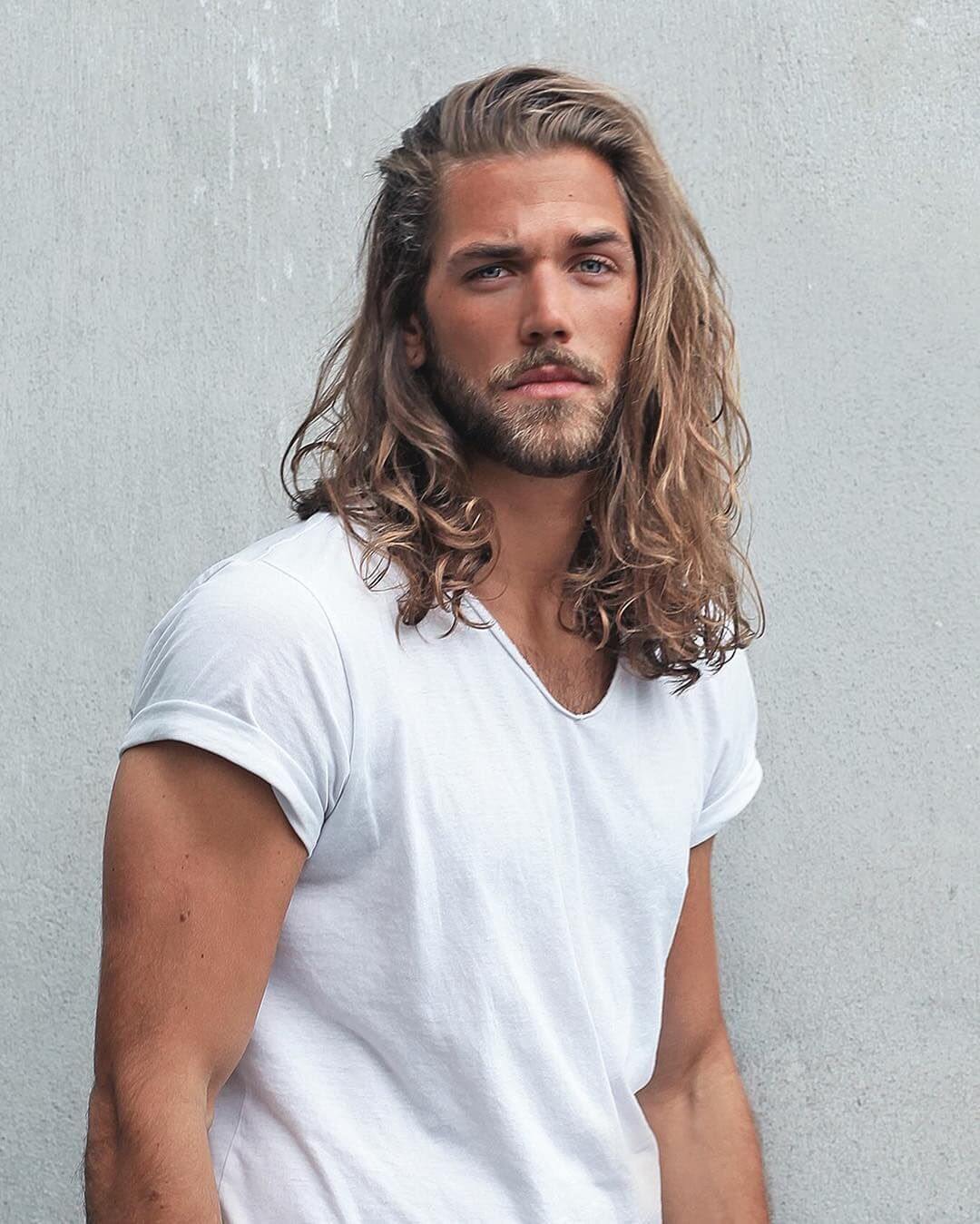 The 25-year-old male model with a height of six feet has sexy looks that can make the heart race of anyone. He was passionate about his career since he was a child. It has been said that Ben Dahlhaus can perfectly fit into the list of women’s ideal man. He has been titled as ‘the most beautiful man in the world’ by Buzzfeed. No women can resist the charm and jaw-dropping views of his photos on Instagram. Konan Hanbury the famous male model having 6’3.5” of height with the attractive blue colored eyes. He has appeared in many of the magazines and of ramp walks. The most talked feature is his long blonde hair. By long we meant waist length long. Yeah! He has this much of long hair and he has groomed them really exceptionally and charmingly. Though he is in the modeling industry, his dream is to own a restaurant empire. We are sure that he is going to get the ‘n’ number of customers if he ever has one. The American model, Michael Lockley has walked on runways for Rag & Bone, Tom Ford, and Missoni. He is considered to be having the best hair in the entire male model industry. To complete his charming look he has brown eyes with blonde hair and a height of 6’3”. According to him when he is not modeling he is either in the gym working out, reading books or hanging out with friends. There was a time when he acted as a class clown in his school days just because he felt the school was boring and needed something that can add energy. Viggo Jonasson is new in the male model industry but has gained much popularity because of his beguiling looks. He has amazing features such as blue eyes, brown hair, and perfectly defined jawline. The length of his hair is up to his neck. His wavy and messy hair adds a beautiful effect to his look. He has worked for Calvin Klein, Tommy Hilfiger, Etro, and has appeared in magazines like V Magazine, Interview Magazine, and Metal Magazine. Dylan Fosket is a model having full blonde hair with blue eyes. He has appeared in many of the editorials and on the cover page of many magazines. Dylan Fosket is much popular among women because of his bleach blonde hair that defines his personality well. He is in the look books of Acne Studios, Marc by Marc Jacobs, Barneys, and DKNY. This brown-eyed Serbian fashion model surely knows how to steal hearts. George Culafic has long curly brown hair that compliments his face features well and gives him an appealing look that anyone will praise. He is actually a musician turned model and naturally drew several editorials. He has appeared in magazines like GQ Italia and Men’s Health Best Fashion. He has worked with brands like Hilfiger Denim and Schuh. Jordun Love is a famous fashion male model, who leaves charm on the runways with his long and luscious hair. His hairstyle has been approved by Beyonce herself. He is a 23-year-old model who started his career by dancing in Philadelphia and went to the places to perform. He appeared in magazines like Nylon, W, and Exit. He has also appeared on the Billboards for the campaign #ImPerfect with the Esprit. Bruce Machado is a Brazilian model having a height of 6’2”. He has brown eyes and hair and to be specific his long straight hairs that touch his shoulders is the most attractive feature of this hot-shot. He has appeared in many magazines like V, VIP, Vogue, Fiasco, GQ, Nylon Man, etc.

As for his shows, he has walked runways for Marc Jacobs, V Files, Emporio Armani, Giorgio Armani, Dior Home and many more.

These were the ten Long Hair Male Models that started off the trend of long hairs and giving inspiration as well as goals to all men out there.

Tips on Buying a Warm Hoodie For Winter