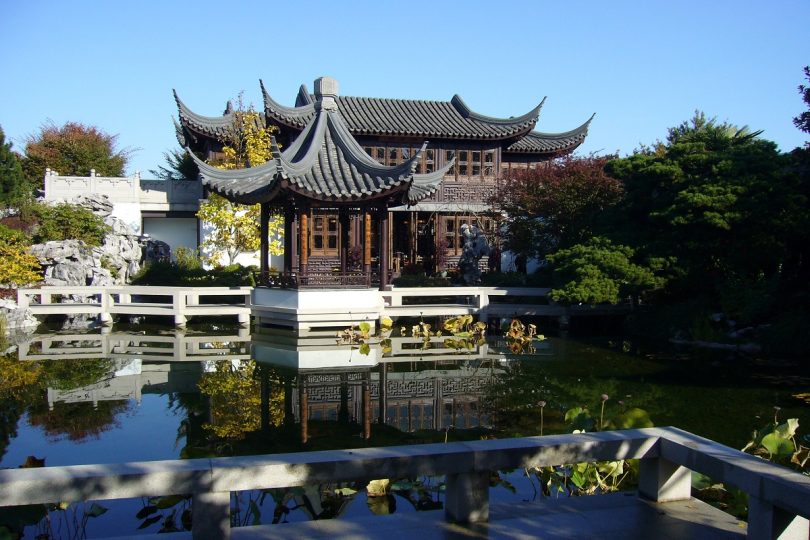 Portland is a pretty interesting place. It’s the most populous city in Oregon where mountains loom at a distance, and everything is green. The city is littered with strip-clubs and breweries. When you look up, you’ll see cranes dotting around. The best time to visit Portland is around late spring/early summer when the days are sunny with clear skies. It rains seven months of the year in Portland. But if you find grey skies and rain attractive, then May-October might be the best time for you to visit. When looking for hotels in Portland, make sure to avoid 82nd. Most of 82nd cater to drug and prostitution habits. Some popular hotels in Portland include the Dossier Hotel, Mike Spencer Hotel, and the Heathman hotel.

When you travel to Portland, be sure not to miss these seven attractions.

Portland’s Washington Park, located west of the city center, has numerous tourist attractions that include the famous International Rose Test Garden, museums, and a zoo. Out of all the numerous parks in Portland, Washington Park is the best. This place used to be wildland that was purchased by the city back in 1871. You’d have to spend two days here to take in all the attractions. One day to explore all the attractions while the other to experience the unusual gardens. You’ll find a variety of roses growing in the popular Rose Test Garden. Due to the city’s mild climate, roses tend to flower into Autumn. A rose festival is held here annually in May and June. Memorials to the Lewis & Clark Expedition and their guide, Sacajawea is found here. Another popular attraction here is the Portland Japanese Garden. It’s the most extensive Japanese Garden outside of Japan. The Washington Park is also home to the cast-iron Chiming Fountain that has gargoyles at the base. Other popular attractions in the park include the zoo, Hoyt Arboretum, and Portland Children’s Museum.

The Pittock Mansion is a grand mansion built by the founder of the Oregonian newspaper Henry Pittock. It was built in 1914 and is located west of downtown Portland. Unfortunately, Pittock only lived for five years in this grand mansion before his death in 1919. The house was set for demolition in the 1960s, but the city’s community managed to persuade the City of Portland to buy the house. It is now possible for visitors to tour this impressive and eclectic house thanks to the local residents who restored this mansion to its full glory through fundraising. The mansion is pretty advanced compared to the era it was built in, complete with features like intercoms, central vacuum system, and indirect lighting. The mansion covers 46 acres of land and is at an elevation of 1000 feet above Portland. The elevation allows for spectacular views of the city.

If you’re tired of the hustle and bustle of the city, then Portland offers 5000 acres of Northwest forest for you to explore. The forest is located in the west of the city, where it covers the eastern slope of the Tualatin Mountains. It’s one of the largest urban parks in the united states with more than 90 miles of walking and hiking trails. The forest is accessible via car.bike or public transport. The wildwood trail, stretching for 30 miles, is the most popular as it connects with paths that circumnavigate the city. Visitors must always stay on their trails to avoid harming the wildlife and vegetation.

The Grotto Gardens, officially known as the Sanctuary of Our Sorrowful Mother, is a place of peace, prayer, and worship. This National Catholic Shrine was built in 1924. It’s dedicated to Mary and is run by the Order of the Friar Servants of Mary. You don’t have to be Catholic to experience the lush tranquility of this place. At the centerpiece of the garden is a statue of Mary ( called Our Lady Grotto) carved into a 110-foot high cliff.

Powell’s City of Books, located at 1005 W. Burnside Street, Portland, is a legendary used bookstore housing more than a million books. To create a welcoming feel for visitors, new titles, and used copies are mixed on the shelves. Choosing books is made easy thanks to clever displays and staff picks. There’s always an event going on there like author readings, workshops on writing, book club activities, and panel discussions
.

This beautiful zoo is located in Washington Park and was founded in 1888. Oregon zoo is the oldest zoo west of the Mississippi. This zoo saw the birth of Packy, the very first elephant born in captivity. The zoo, which started with two bears, now hosts around 1800 animals belonging to 232 species. You’ll find animals from all around the world here.

Museum of science and industry:

If you’re a science buff, make sure to visit the Oregon Museum of Science and Industry (locally known as OMSI). You’ll find many exhibits and hands-on activities that delve into natural sciences, industry, and technology. Among some of the cooler things, you’ll find a theatre with a four story screen, a planetarium, and a US Navy submarine. Yes, a submarine. You’ll find the USS Blueback docked just outside the museum. It’s a non-nuclear submarine that operated for more than 30 years. You can climb aboard it for a guided tour. The submarine was featured in the movie Hunt for Red October.

Do check out all these attractions when you visit Portland!