Seven artists you should see live 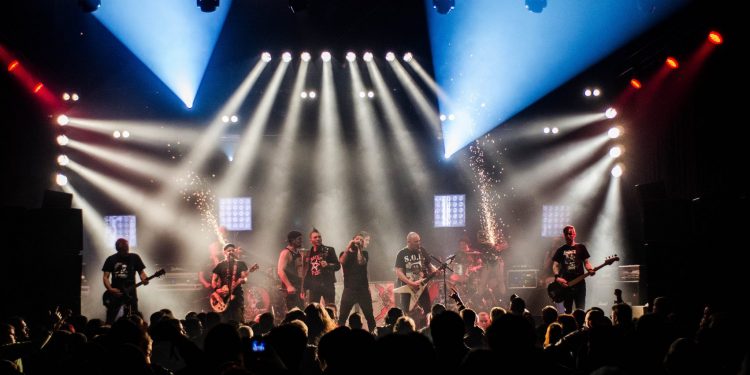 Live music is one of the best things to experience in the world. Of course, the local jazz band that plays in your favorite casino is good too, but in this blog we would like to list of seven artists that we think you should try to see live if you have the chance. Get inspired!

Stromae is a Belgian singer and rapper who managed to conquer the world with his amazing electronic-based pop. Even though he sings in French, many artists have come forward to say he’s among their favorites. These artists aren’t exactly unknown, as we’re talking about the likes of Billie Eilish and Kanye West. What makes a Stromae-concert unique compared to other artists, is that Stromae doesn’t just perform his songs: he creates an entire experience. Stromae dances, tells stories in between songs and of course, sings these amazing songs as well. The Belgian maestro fully manages to captivate his audience with his live performances. Even if you were yet unfamiliar with the name, we definitely recommend trying to see Stromae live!

We’re taking a radical turn, as this next band isn’t anything like the Electronic Pop from Stromae. IDLES is a British Punk band, that managed to break the underground scene with four very solid albums in a row. What makes IDLES unique is the political messages they manage to fit into their songs, in a very simple way. This simple songwriting is also what makes IDLES’ live performances so incredible, as the whole crowd will gladly shout along to their lyrics, creating an amazing atmosphere. Combine this with IDLES’ lead singer Joe Talbot talking in between every song about the meaning of the song, and you have an incredibly fun night that you won’t quickly forget about.

Another complete different experience compared to the other two listed: Ludovico Einaudi is an Italian pianist, that has composed beautiful Classical piano music over the last 20 years. Einaudi’s music is popular in a lot of great movies, Intouchables being a fantastic example. For most of Einaudi’s live shows, you can expect nothing but beautiful piano play, sometimes supported by other artists playing other instruments. A Einaudi concert will be a total new experience for many, as people dress up nicely to see an artist from this caliber live. Once everyone has found their place in the venue, it’s just Ludovico and his piano leading you through the night.

Joanna Newsom is a singer-songwriter from the Midwest, but her music is fueled by the anxiety of her experiences in love and loss. Her songs have been acclaimed as the most timeless voices of the 21st century, and her enchanting voice has garnered accolades all over the world. Her recordings have also been considered among the best of the ‘twenty-first’ live artists. You should look out for her live shows if you’re in the area.

Sia is the most popular live artist of the 21st century. Her popularity is due to the fact that her music has reached the top of the charts and continues to grow. She has a long list of albums and has won nine Grammy Awards. She is the most influential of all the women of the 21st century. She is also one of the most influential people in rock music. She has been on the frontlines of many of the most important events in the world.

Madonna is a renown live pop music icon, and her recent concerts have been packed with powerful messages for social and political change. She recently gave a fiery speech at the Women’s March in Washington, DC and gave a surprise performance in Washington Square Park for Hillary Clinton. During the speech, she dropped an F-bomb on live television, but later clarified that the word was taken out of context. She also defended her right to express herself and her ideas, and has appeared in several documentaries and books.

Bon Jovi is a rock group released numerous albums over the years, and their live shows continue to draw crowds all over the world. The group’s popularity has continued to increase, and they’re currently touring around the world. The following are some of their most popular songs. You can also read more about the band’s history and how they came to be where they are today.

The band’s popularity has made them a popular live artist and is known for their unforgettable concerts. Their concert performances have drawn thousands of fans and have become legendary for their arena-filling shows. In addition to their hit single, “Livin’ on a Prayer,” Bon Jovi’s live performances are also a memorable experience for those who want to experience one of the most iconic live shows in history. So go ahead and see them live!

Are There Any Advantages Of Listening To Live Music?

Attending live concerts has several advantages, including being more enjoyable, stimulating, and more active than album listening. The energy generated by a live performance is much higher than that of an album. It is important to note, though, that live concerts can also cause a person to feel less anxious or stressed. Consequently, people who frequently attend concerts experience improved health and well-being. However, there are many other benefits of attending live music concerts as well.

Among these benefits are the social connection. The intimate setting allows attendees to engage with the performers, while the live performance process is unpredictable and organic. It’s also a great way to experience an artist’s work. There is no better way to hear a band’s music than to attend a concert, so there’s no need to worry about getting sick. You can also see how hard it is to prepare for a live concert during a flu pandemic than by preparing for a show.

Another benefit of live music is the connection it creates with guests. Despite the fact that there are talented DJs out there, nothing compares to the intimacy of live music. The crowd can interact with the performers, which makes the experience even more special. Additionally, live performances are unpredictable. That means that attendees will always have a different perspective from the performer. That’s what makes it so exciting. A night of live music can be an incredible experience for everyone.

What artist will be the next for you to see live? One of the ones we’ve listed, or someone else? Both ways, we hope you have a ton of fun!

What Is the Best Type of Holiday?