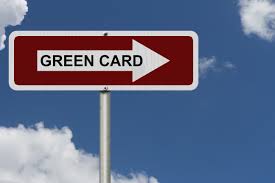 A lot of us see the Green Card as the key to that “American Dream” most of us wish to have. The Green Card is another term used for Legal Permanent Residency. If you have a Green Card, you are legally allowed to live and work in the United States and its territories. One option of getting a Green Card is by filing for a National Interest Waiver. For a more in-depth guide about self-petition processes, check the Ashoori Law NIW guide. We would love to give you three other ways of getting that Green Card and possibly living and working in the United States.

Green Card Through A Family Member or Petition

One of the most common and most popular ways of getting a Green Card is through a close relative who is already a U.S. citizen or a green cardholder.

U.S. citizens are allowed to petition their spouses, their unmarried children who are under 21 years of age, and their parents who are over 21 years old. Petition documents are required to be completed.

Relatives who got married or who have turned 21 will have to wait a bit longer to get a green card. Siblings can also be requested through petition, but because they are not considered immediate relatives, this can take a little longer too.

There are two types of petition documents that a U.S citizen should process; the USCIS Form I-130 Petition for an Alien Relative followed by the Form I-485 Adjustment of Status. Some certain cases allow the processing of these documents together.

There are also other circumstances that one can get a green card, but these instances are not common. If you are a battered spouse or an abused child, a widow or a widower, of a green card holder or a U.S. Citizen, or if you are a child of a foreign diplomat, but you were born in the United States. There is a form called USCIS Form I-360 Petition for Amerasian, Widow(er), or Special Immigrant that once can file and submit.

Green Card Through Your Job Or Employer

This category does not just involve your employer only. Some things should be considered as well, such as the type of job, employment, investments, or specialization of the green card applicant.

Your employer can process the application or documents for you if your employer is offering you permanent employment in the United States.

By putting money and investing in U.S businesses, investors can apply for a green card as long as they meet the investment amount of at least $1,000,000 into a new business or $500,000 into a business in a targeted employment area can then apply for a green card. The company that an applicant invested in should also have created at least ten permanent jobs within the United States.

People who are considered best in their field can also get a green card considering they have extraordinary abilities in their field. People who fall into this category include Nobel Prize winners and Olympic athletes.

For people who work overseas but they work for the U.S Government such as Afghan or Iraqi translators can also apply for a green card.

Refugees who have entered the country after a year, they are also allowed to apply for a green card. Asylee family members also fall under this category.