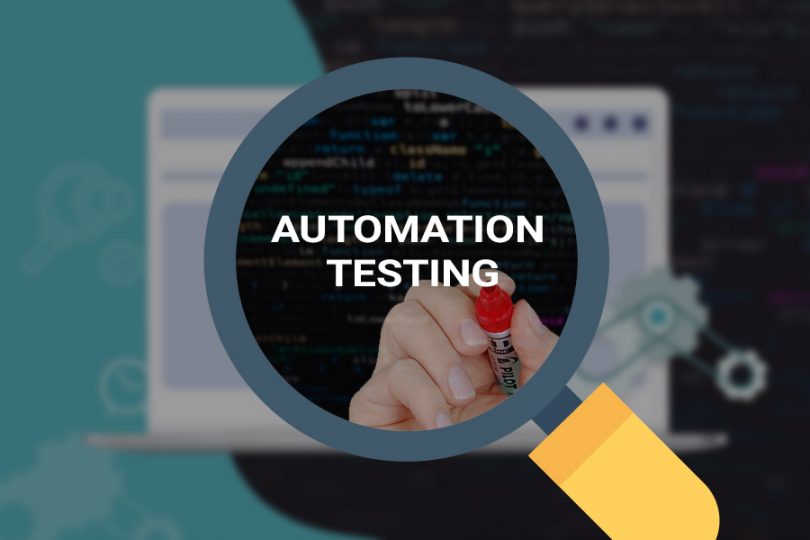 Software product competition nowadays is getting tougher. This is why software companies, both big and small, need to produce quality software faster than their competitors as well as to meet the increasing demand of the market. Aside from leveraging agile and DevOps development practices, they are also considering automated testing to achieve faster releases of software products.

What is automated testing?

Automated testing is another methodology that helps software companies to validate the efficiency of their software before they release it in the market. It allows the QA team to detect possible program bugs, erroneous reports, and other software issues by running test scripts. Since the testing process is automated, it makes the regression testing time more manageable as well as speed up the software delivery. It also ensures the quality of the software since it also reduces manual testing errors.

Automated testing can test applications faster and more efficiently, even without the need for human intervention. It can even take several tasks of manual testers as well as other testing procedures. Unlike manual testing that is highly vulnerable to human mistakes, automated testing can improve the overall test coverage effectively. Automated testing ensures that the software being developed is flawless and performs well under all conditions.

Because automated testing is faster in performing test cases, the scope of tests, as well as the test coverage, is significantly increased. This allows both your QA and software developers to enhance further the software’s quality since time is not a problem.

As you may already know, manual testing needs human intervention, and chances are, the person doing the manual test might overlook some crucial errors during the process. Having said that, it is the customers that usually encounter the error, which often puts the software company in a very compromising situation. On the other hand, automated testing will assure that the testing process and validation are being performed accurately, and errors are usually identified easily at every phase.

Normally, regression testing using manual practice would take a tremendous amount of time as well as human efforts. Also, doing the testing over and over again may lead to disinterest amongst the QA testers, which can affect the overall testing efficiency overtime. Automated regression testing, combined with some of the best software testing tools, can significantly improve the time spent in this process.

Since most software and apps nowadays are getting more complex, automated testing can quickly validate complex scenarios compared to manual testing, which also makes the testing process more efficient.

Since the testing process is significantly reduced, and every test case is processed at a faster speed, program defects are fixed early, and it makes the whole testing phase cost-effective since your team would only need less time to finish a project. So while it might be expensive at first to acquire test automation, it would be worth it in the long run.

With test automation, your development team can deliver faster and quality results with each project. This means that your company can offer more and high-quality software or apps in the market, which is an effective way to increase your return on investment.

Why Use Automation Testing Over Manual Testing?

As we have already mentioned earlier, manual testing needs more time to finish that automated testing. By using automation, your team can increase their production since your team can perform more test cases.

In manual testing, QA testers will usually process test cases on an individual basis. They do this to catch program bugs as well as feature issues before the deployment. Automation testing, on the other hand, can run multiple test cases simultaneously. Each test case is executed based on the given test scripts. This is the reason why most developers and QA testers prefer automated testing over the manual testing practice. Manual testing is both effort and time-consuming. Software companies need automated testing to keep up with the competition and be able to provide the market’s needs on time.

While the testing phase is being automated, the automated testing still requires manual tasks since your QA team needs to create testing scripts manually. Test scripts are usually written either in Python, C#, Java, or JavaScript. However, once the test scripts are done, they can be reused in other projects requiring less time to make one.

While automation testing can deliver faster results than manual testing, it can’t replace the latter. Similar to driving a car where it allows you to get to your destination faster than walking. However, there will always be some aspects where driving a car would not be appropriate.

Automated scripts are designed to validate the program’s code. It will tell you whether the program code was written correctly or not. However, when it comes to the conceptual level, it cannot tell you if the software is doing what it’s intended to do. It can’t provide a human perspective about your software’s functionality and performance.

Moreover, a person can quickly identify visual issues while scripts can’t do such. Manual testing can detect problems that aren’t program bugs by definition. For instance, ambiguities, speed, and usability issues can only be identified in manual testing. These types of issues can never be anticipated nor identified by using a machine. For example, there are instances that some of the buttons won’t look like a button, and some texts become small and are difficult to read. These issues are just a few things that make scripts impossible to detect. On the other hand, even untrained testers can easily detect them immediately. It is because these people don’t just understand how the code works but also know whether the software meets the expectation of the target market.

Communication between your team, especially the developers and QA testers, is one the keys to success in the software development process. Every test script should be well communicated and documented for future reference. Since the whole testing process was sped up, chances are, not all test cases and results are properly communicated into the team, which can result in confusion.

Not only should you choose the best test automation tool for your company, but you also need to consider the test automation challenges and implement the best practices to ensure its success. Whether your team is using agile or DevOps methodologies, your team has to come up with a plan on how to choose the right testing approach for each of your projects. Remember that it will ensure the success of your test automation efforts.

As we have mentioned earlier, one should not rely on automation alone for the whole testing phase. Having said that, your QA needs to think and analyze whether each test case needs automation or not. It is also important to remember that when choosing test cases for automation, prioritize those that represent an important portion of user activity.

Nowadays, every software company needs to provide quality software products faster to meet the market’s demand. And in order to produce such products, software testing plays a crucial role. It is essential that every software product is thoroughly tested to identify the potential program bugs and ensures that the delivery timelines are achieved. Automated software testing is an effective testing methodology to achieve test efficiency and do more test coverage. With this, it can significantly increase the delivery speed as well as freeing up manual testers from performing repetitive tasks. Automated software testing reduces regression testing time and can be reused in other projects with minimal alteration on the scripts. While it doesn’t completely remove manual testing, it would be best to combine the two processes to achieve market demand and user expectations.