Will Streaming Usurp the Standard of Cable and Satellite Entertainment? 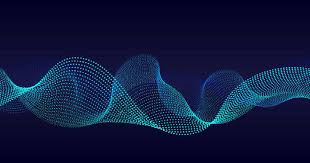 The art of cord-cutting has been publicized for many years. The rise of streaming platforms has seemingly given regular TV viewers a better option. Of course, there have been many growing pains, with the quality of the content that many of the platforms throw out often being subpar by comparison, but convenience is king. As long as it’s easier to access and cheaper to access the likes of Netflix and Hulu, cord-cutting will continue to rise.

However, despite the logical leap over to pure streaming platforms to get away from the long-term, content-bundled subscriptions of premium TV services, cable is said to bring in more than streaming services. Worldwide, there is a massive 613.3 million subscription services to 556 million cable subscriptions. That said, cable income increased to $118 billion in 2018, perking up by over $6 billion on the year prior.

The initial thinking of transitioning from music ownership to music access makes music streaming seem like a bad deal. To many, this is true. Those who prefer the sound of the vinyl or owning what they buy often won’t agree with streaming. For those who see music as a commodity, on the other hand, streaming offers quick and convenient access to music that they’ll probably like.

Platforms like Apple Music and Amazon Prime Music have shot to fame by offering thousands, or hundreds of thousands of tracks to their subscribers. Convenience continues to capture hearts and minds, especially when leading artists are more than willing to jump into the zone. In fact, TIDAL, which is committed to artists owning their own work, has the likes of Alicia Keys, Beyoncé, Calvin Harris, Deadmau5, Jay-Z, Nicki Minaj, Rihanna, and Usher on board.

But streaming works in music far beyond customers merely drawing from platforms to listen to convenient music. For years, one of the most significant music events in the US, Coachella, has live-streamed its shows. In 2019, YouTube reported that the live streams amounted to 82 million live viewers, marking a stark 90 percent bump on the year prior.

Video streaming is the big one

When it comes to the notion of streaming, video content has always been at the forefront of the technology. Notably, Netflix is the largest streaming platform in the world. However, many other brands are competing with similar content and exclusive content of their own. According to Statista, while Netflix remains number one globally, with 151.6 million subscribers, Amazon Prime is the next largest global platform with 75 million subscribers.

Sports plays a little differently in streaming, however. Streaming live sports has been a fascination of many internet users for years, but now, premium companies are embracing streaming as a way to reach customers. With more viewers and more subscribers – made easier by the convenience of an online connection – live sport becomes more valuable. This is how the Disney-owned Hotstar has become so huge in India, with 18.6 million simultaneous users tuning in for the 12th IPL.

Many tech companies have seen the potential of live streaming for a long time, outside of offering a show of live sports events or beaming music to anyone who wants to tune-in. Although it has been through many troubles, one of the pioneers of a more casual application of live streaming was Facebook Live. The option has allowed social media users to instantly connect to their audience and relay what they deem to be important information personally and at speed. Other platforms took live streaming further, making it two-way, with the live games at Betway offering real-time table gaming to deliver the authentic casino experience from any device. With Facebook Live showing a widespread public adoption of the technology, and Betway extending its application to live play, many other innovators have followed suit. As reported in the findings of Open Minds, Taobao has revolutionized the shopping experience through live streaming, as has Broadway, who are streaming shows on Disney+. Then, of course, there’s the ever-growing eSports industry, which is built on the streaming and live streaming of gaming content and competitions.

While cable and satellite-driven entertainment options remain popular and trusted, more and more, people around the world seeking leisurely content are turning to streaming platforms over standardized premium providers.

Fun Things to Do with Your Friends Online

Seven artists you should see live

What Is the Best Type of Holiday?